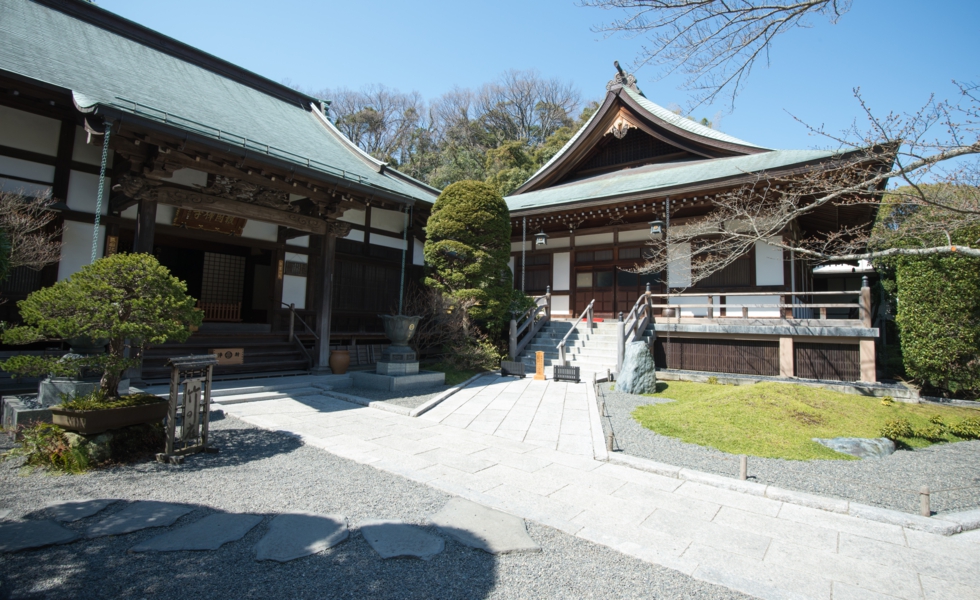 Houkokuji Temple is a Zen Buddhist temple within the Kenchoji order of the Rinzai sect.

It was established by Tengan Eko in 1334 (the first year of the Kenmu era) to commemorate Ashikaga Ietoki, the grandfather of Ashikaga Takauji, the first of the Ashikaga Shōguns.

The principal image enshrined in the main hall is the Shaka-nyorai-zazō (sitting Shakyamuni.) The image was crafted by the famous Buddhist sculptor Takuma Hōgen and is classified as significant cultural property by the city of Kamakura.

In the Kashō-dō (annex building) a detailed statue of the founder Butsujō Zenji (Tengan Eko’s posthumous title) is enshrined. Crafted in 1347, this statue is also classified as significant cultural property. Another statue enshrined here is Kashō-Sonja, a disciple of The Buddha.

Many of Houkokuji’s important treasures are preserved in the Kamakura Museum. Among them are the Tōki-Shū, a manuscript of Chinese poems written by the founder and his wooden seal (the Kannon). Both items are classified as significant cultural property by the Japanese Government.

A variety of bamboo known as Mōsō grows here. Tengan Eko's retreat was here and forms the current bamboo garden.

We hope that your visit to this temple will bring you peace of mind.

Approx. 60minutes from Tokyo Station (or 50 mins. from Shinagawa Station) on the JR Yokosuka Line

A small car park is available but if this is full, please seek parking at a nearby (paid) car park

Closed In case of bad weather 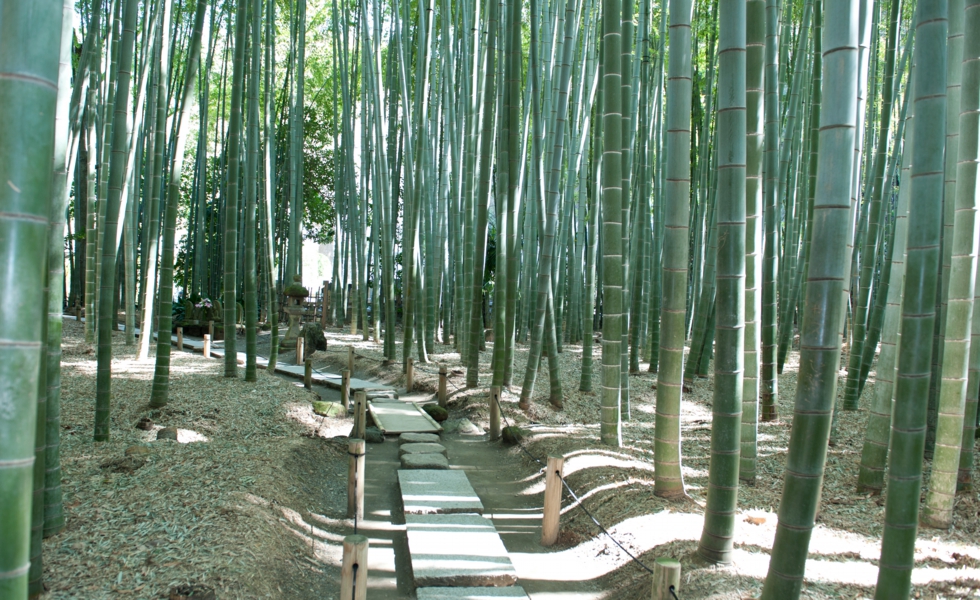 (except for guide dogs)